Celebrating the disabled activists who campaigned for an accessible Elizabeth Line

As Crossrail opens today, disability charity, Transport for All, pays tribute to the efforts of the 2013 campaigners. 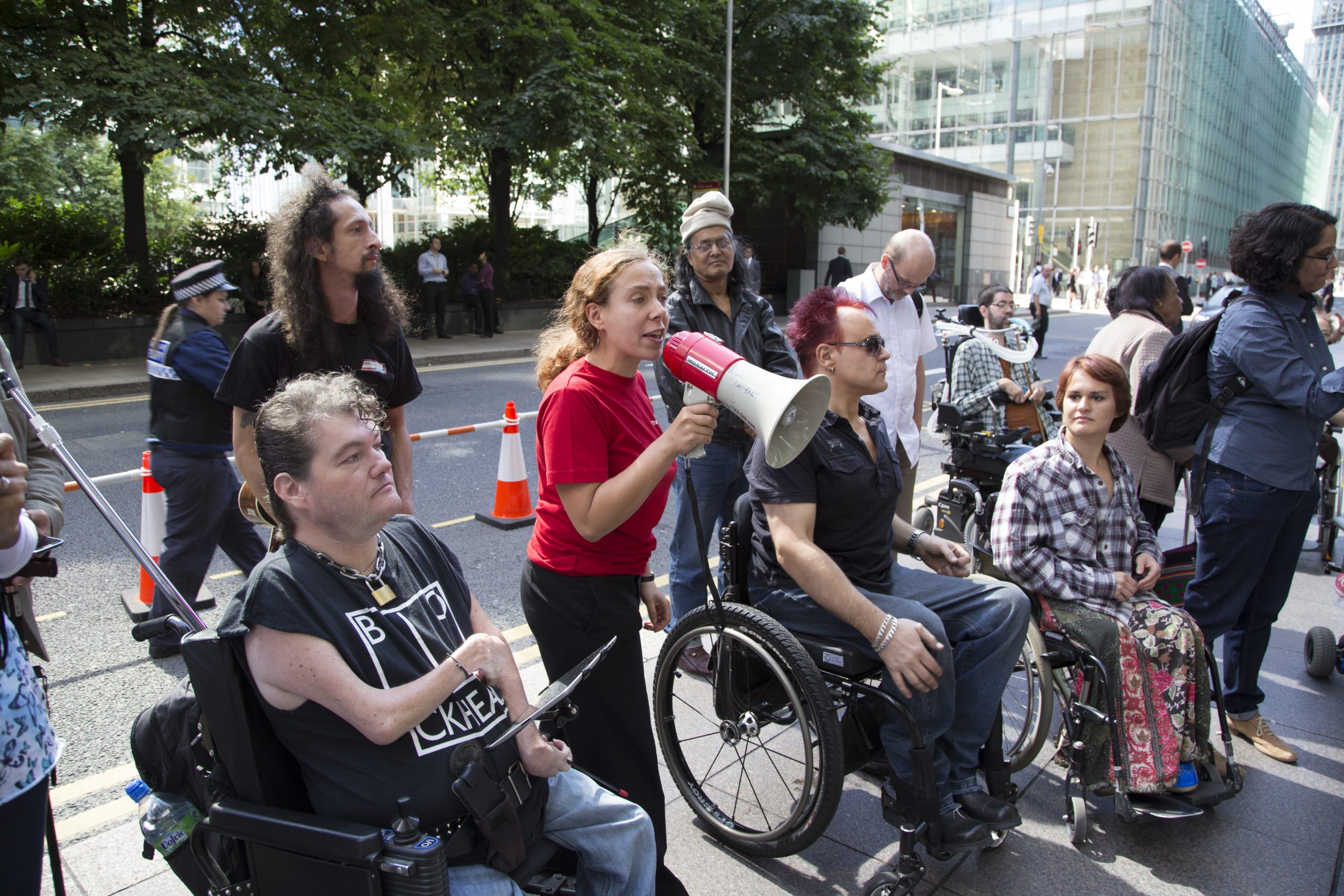 Today marks the opening of the much anticipated Elizabeth Line – also known as Crossrail. In November 2014, the Department of Transport announced that all 41 stations along the Elizabeth Line would be made step-free, following a hugely successful campaign from Transport for All in 2013, resulting in £33 million of additional funding.

Today, the Brixton-based Disabled People’s Organisation is celebrating the success of the campaign with their members and those who rallied together almost a decade ago to fight for accessible transport for all. Without the commitment of these campaigners, today would look very different.

When the Crossrail designs were first drawn up, seven stations along the line were planned to have no lifts or step-free access: Hanwell in Ealing, Manor Park and Maryland in Newham, Seven Kings in Redbridge, and Iver, Langley and Taplow to the West of London. Transport for All, with their members and a wider community of disabled campaigners, campaigned hard to prevent this from happening.

They ran a hugely successful campaign combining political tactics, including lobbying MPs, bringing an Early Day Motion to Parliament, and direct action in the form of rallies and protests. Later this year, once all works have concluded, all 41 stations along the line will have some degree of step-free access, either via level boarding or through the use of a manual boarding ramp.

Disabled people face a range of physical infrastructure, information and communication, and financial barriers to making journeys. Transport for All member, Paula Peters, was one of the disability rights activists who campaigned outside Crossrail HQ in Canary Wharf London on 29th August 2013. She said:

"It was a well attended demonstration and we made a lot of noise. We weren't going to give up until we could ride the line with the same freedom as everyone else. Supporting campaigns like this is vitally important, because we are not campaigning for fully accessible public transport for disabled people today, but for the future generations who come after us. Each campaign win means we come one step closer to fully accessible step-free public transport across the network and across the country - each win brings the dream closer to reality.”

Transport for All is calling on decision makers to strive for greater accessibility, and the next big transport infrastructure project can and should push even further forward, by building accessibility into designs right from the start.

Caroline Stickland, CEO of Transport For All, commented:

“For Transport for All, the original plans for the seven Crossrail stations were unacceptable. Such a flagship infrastructure project simply could not be designed to be inaccessible to wheelchair users and many other disabled people. Today we are celebrating and paying tribute to the brilliant campaigners who tirelessly fought to make the line more accessible for everyone. Beyond the celebrations today, we still have a long way to go to achieving a fully accessible transport system in the UK. At least 20% of people in the UK are disabled people - we must ensure transport schemes and services are open to everyone. Not only for large projects like Crossrail, but for existing transport routes all across the country.

It is thanks to the efforts of the disabled campaigners a decade ago that the Elizabeth Line will have the degree of accessibility as it does. Transport for All’s work doesn’t stop with the launch of the line today, however, and they will continue to strive for more accessible transport services.

Donate
PrevPreviousCaroline Stickland appointed new CEO of Transport for All
NextCo-Chair of Trustees, Alan Benson, is awarded MBE for services to Public Transport for Disabled PeopleNext