Age Concern and Help the Aged announced they had agreed to merge in 2009.

The new organisation Age UK, launched its new brand in early April and from May we can expect to see the redesign of shops and a new website.

By joining forces, Age UK is now one of the most powerful and influential organisations in the UK, but how will the changes will affect older Londoners?
Transport for All got in contact with Age Concern to find out more.

Why did the Age Concern and Help the aged decide to merge?

Age Concern and Help the Aged have almost 120 years of combined experience to draw on. We have cared for many, campaigned for change, and created vital products and services. If these experiences have taught us one thing, it’s that there is strength in numbers. That is why we have joined forces. Together, we are Age UK. We are here for everyone in later life. We believe we can achieve far more for older people by working together with our local partners.

When will the local Age concern branches be re-branded?

The national organisation will continue to work closely with local Age Concerns across England based on the belief that by working together more can be achieved for people in later life. Over the coming weeks, Age UK will be inviting Age Concerns in England to form a new partnership and adopt the Age UK brand and name locally. It is expected that a number of them will do so in April 2010 with others following over the coming months. Age Concerns have played a crucial role in helping develop the new brand so that it works for their local activities.
Working with a diverse range of partners will be instrumental in allowing Age UK to deliver its aims and the Charity wants to offer the best possible continuing relationship. This will be as important for large organisations as for smaller community-based, volunteer-run ones.

Can older people expect to receive the same services from their local branches?

In order to provide stability for Age Concern’s during the development of Age UK, the new charity will provide the level of support and services to Age Concerns that they would have expected to receive from Age Concern England if it had not merged with Help the Aged.

How will you let people know about the changes, at a local level?

An eight page booklet internally referred to as The Little Book of Age UK, has been developed to promote the new organisation and raise awareness of what we do, how we can help and how people can help us, and contains a pull out directory. The book is being sent to 2.4 million people in England from the early April and will be available in our retail shops. We are about to start filming our new TV campaign which will go live from 19 April and will be seen on ITV, Channel 4, Channel 5 and satellite. The objectives are not just to raise awareness of our new name and brand, but to tell people what we do and why. Most importantly we want to direct people to the products and services we provide, such as information and advice, which can help older people in so many ways, or to our commercial services tailored to their needs. We have also lined up lots of media and PR activity, much of which is focused on the General Election campaign.

What new services / benefits can people expect from Age UK?

Building on its strong heritage, Age UK will celebrate ageing and work to create opportunity in later life. It will fight and challenge disadvantage and work with and for older people to help transform their lives for the better.
Age UK is taking a solutions based approach to work towards its vision of a world where people in later life flourish. It will deliver information and advice – through its helpline, online and publications – offering millions of people support on a wide range of issues from claiming benefits to staying fit and healthy. Practical services will be provided helping people stay independent at home and doing the things they love most.

Age UK is also developing its commercial services and products which already offer value for money to over one million customers. This year’s trading forecast of over £20million will be gift-aided to the Charity and local Age Concerns to help fund vital work enhancing later life for millions of people in the UK.

The Charity will operate in the UK and globally. Its international capacity building is being developed to help people in later life across 70 countries by working with Help Age International and as an active member of the Disasters and Emergency Committee (DEC). Age UK will campaign alongside older people for changes in legislation, policy and practice that will bring a better later life. It will challenge attitudes and address market failures with age-friendly products and its 500 plus shops will act as gateways to the wider services the Charity offers. It will fund biomedical and social research that helps tackle the ill health and poor quality of life that are too common as people age.

What will happen to the websites?

After the new Age UK website goes live in early May‚ if you visit www.ageconcern.org.uk or www.helptheaged.org.uk‚ you will be automatically taken to www.ageuk.org.uk. At this point‚ our old Age Concern and Help the Aged websites will be taken offline‚ although most of the content they contain will still be available on the new Age UK website.

What will happen to the existing e-newsletters?

In May‚ Age Concern Living Room and Help the Aged Website Update and Linkage subscribers will start to receive ‘Your Email Update’‚ a new fortnightly newsletter from Age UK.

Is there a helpline people can contact with any questions they have about the changes?

The Age UK Information Line provides information and advice to older people and their families on a wide range of issues. It is open 7 days a week 8am – 7pm on 0800 00 99 66. 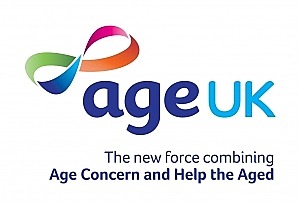