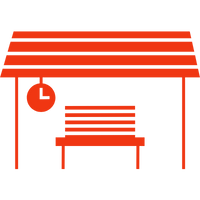 How it feels when Taxis refuse to take my guide dog

Welcome to The Platform, the new blog from Transport for All putting a spotlight on disabled campaigners in the world of transport and accessibility.

On The Platform you will find stories written by our members and other campaigners about their lived experiences of using transport and streets as a disabled person.

Today’s post comes from Madeline, a visually impaired person who travels with her assistance dog, where she shares her experiences of using taxis.

However, we hear many stories from our members who experience significant barriers to using taxis. Intrusive questions from drivers, cancelled bookings, communication issues and even straight out service refusals are familiar experiences to many.

A new Bill (a proposal for a Law) is currently going through Parliament – the Taxis and Private Hire (Disabled Persons) Bill. The Bill sets out some provisions that aim to address some of the barriers disabled people face using taxis.

As the Bill get debated by MPs during it’s Committee Stage on 9th February, we’re handing the mic over to Madeline to tell us about her experiences of using taxis when travelling with her assistance dog… 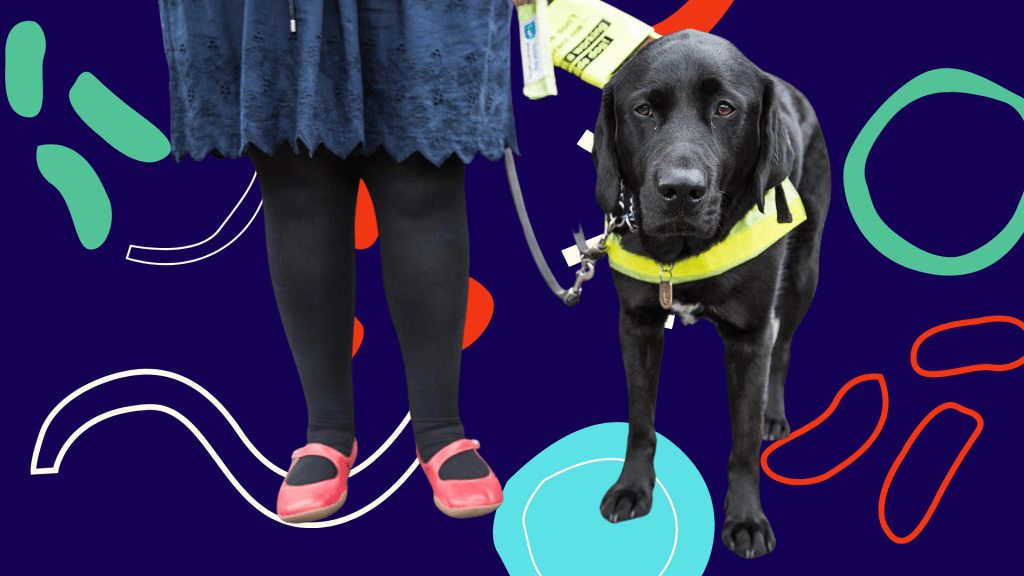 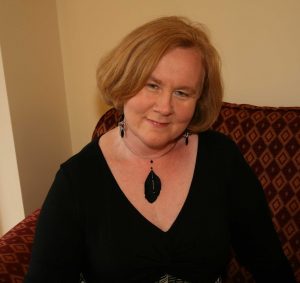 Madeline is a director of Disabled People’s Voice (DPV), a social enterprise and user-led co-operative that believes disabled people are their own best spokespeople.

Madeline is also a trustee of Disability Rights UK, currently serving as vice-chair of trustees and represents Disabled People’s Organisations (DPOs) on the Hampshire Leadership Forum.

Every time my guide dog leads me out of a train station and heads towards a taxi rank, I’m anxious and that anxiety is transmitted to my dog. Is the first driver on the rank going to drive off, not because they have a fare but because they have spotted my well-groomed handsome dog? Frequently, the driver rejoins the back of the rank or, on one rainy night, lurked in the car park until another taxi pulled up and accepted me as a passenger. On the latter occasion a sighted witness confirmed the driver’s behaviour and the station CCTV (freely provided by the rail company) captured the incident.

If I actually manage to have a conversation with a taxi driver, are they going to tell me that they are allergic to dogs? If they do, I ask to see their medical exemption. I’ve never been shown one, and, thanks to the bitter experience of being a daily commuter, I know how many exemptions have been issued in most licensing authorities in Hampshire. If I’m compelled to assert my rights under the Equality Act 2010, the driver might turn off their meter…

I abandon any thoughts of getting home quickly, going into ‘forensic mode’ to collect as much evidence of my guide dog taxi refusal as possible e.g. a photograph of the vehicle showing the license plate. (You need to photograph the back of the vehicle to get the taxi plate as well as the number plate. Not easy, as another taxi might be parked behind and you have to balance your phone while keeping your guide dog safe. Being a guide dog owner who is severely visually impaired, you are no great photographer!)

The first time I photographed a taxi after a guide dog refusal I naively took a photo of the front of the vehicle, accidentally capturing the shocked expression of the driver when they realised I was serious about making a formal complaint. Next morning, the driver phoned Licensing before I did. Apparently, they had no idea they had to get a medical exemption if they were allergic to dogs.  It seems that ignorance of the law is an acceptable defence when it comes to licensing.  However, this particular story has a happy ending, as six months later the driver made a miraculous recovery from their allergy and took both my guide dog and I home. We even had a polite conversation about the weather.

When there has been a successful prosecution of a taxi driver for discrimination against a Disabled Person who has an assistance dog, the licensing authority is supportive and the owner has managed to record the incident or has an independent witness. I’m not tech-savvy enough to use my phone to record a conversation with a driver. Besides, I usually have my hands full with a harness in one hand and maybe a lead in the other. It shouldn’t be necessary to be ready to record an argument, when all you want to do is go somewhere in a taxi.

"It shouldn’t be necessary to be ready to record an argument, when all you want to do is go somewhere in a taxi."

Guide dogs are trained to sit in the foot well of a taxi. As long as they are comfortable, they aren’t too bothered about their owner. Assistance dogs are experts at getting into small secure places like below bus or train seats… particularly if there are scavenging opportunities.

Think about it – the guide dog isn’t going to get up on the seat as that is where their owner will be sitting. In a taxi a guide dog is still on the lead although their harness will have been removed to aid their comfort and ensure that the harness doesn’t trap the dog under a seat. The owner is in charge and has the dog under control, although all the guide dogs I’ve had usually like to curl up for a power nap in the foot well.

Often, once you’ve asserted your rights the taxi driver will reluctantly agree to take you where you need to go but only if the dog gets into the boot. I don’t want to put a £60,000 animal in the boot of a vehicle.  Some guide dogs, like my partner’s, will not wait for their lead to be clipped on and await the command to get out. They will just jump out when the boot is popped and take it upon themselves to go off and explore.

Why do I persist in using a taxi rank and not just pre-book a mini-cab?  Well, in theory it should be easy to get a taxi from a rank. I don’t need to know the local taxi number for all the towns and cities I regularly visit. Pre-booking a cab and mentioning, out of courtesy, that you have a dog often results in a dispatcher telling you that you will have to wait until a driver will take you… sometimes for over an hour, as once happened when I needed picked up from a Trading Standards office. Or, as advised by a licensing officer, I don’t mention my guide dog, a taxi arrives, only to speed off when the driver spots my dog. Sometimes a pre-booked cab driver will stop and tell you they can’t take you because of the dog but will call another cab for you.

My work covers the whole of Hampshire, including Southampton, Portsmouth and the New Forest. Sometimes I travelled to Dorset, the Isle of Wight and London. I don’t live on a bus route and ‘Access to Work’ deemed it too far to walk to the station.  They also understood how it would lengthen my working day.  I have no choice but to get a taxi.  During my working day I need to get to and from meetings and events in offices and venues not accessible by public transport. It is soul-destroying at the end of a working day to face discrimination because I have a guide dog when I just want to get home and feed my dog.

Do you have experiences with using Taxis or Private Hire Vehicles that you would like to share with us? Get in touch with us by emailing contactus@transportforall.org.uk or phoning 020 7737 2339.

How it feels when Taxis refuse to take my guide dog

“A taxi arrives, only to speed off when the driver spots my dog.”