Disabled campaigners are to thank for accessibility on the Elizabeth Line

On 24th May 2022 the new Elizabeth Line rail service in London and the South East will open its doors to passengers. A decade ago, Transport for All campaigned hard for the Line to be accessible, and were successful in securing £33 million additional investment to make this happen. Ahead of the opening date, we reflect back on that campaign, and share our plans to mark the impact of disabled campaigners in securing vital access improvements. 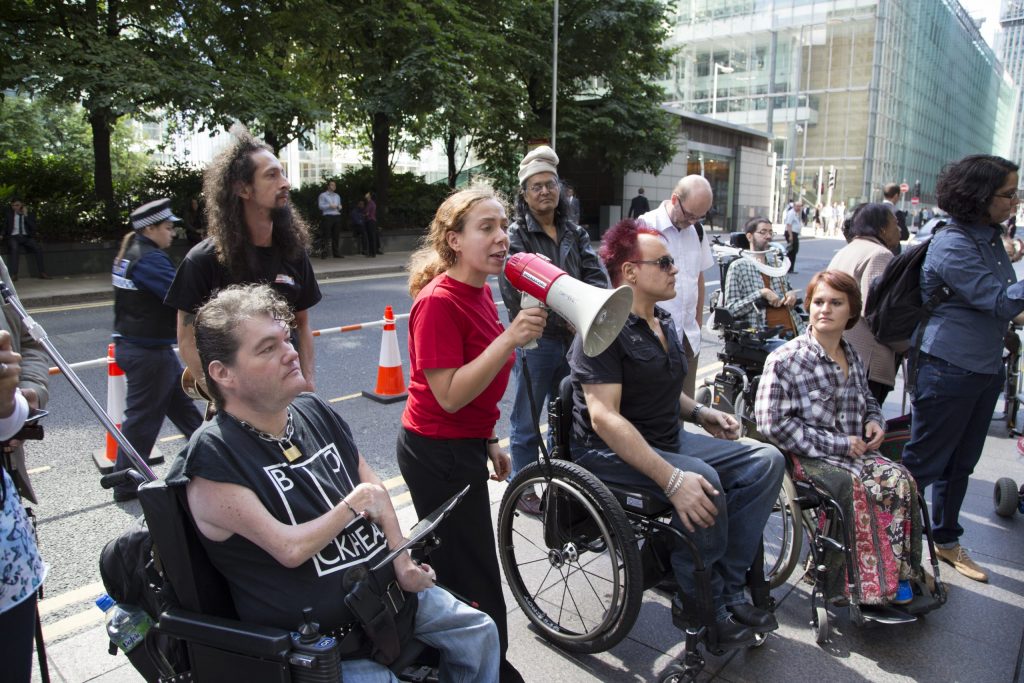 After much delay, the Elizabeth Line (also known as Crossrail) is set to open on 24th May 2022. Costing £19 billion and having started construction in 2009, it stretches over 100km from Reading and Heathrow in the west, through central London, across to Shenfield and Abbey Wood in the east.

Later this year, once all works have concluded, all 41 stations along the line will have some degree of step-free access, either via level boarding or through the use of a manual boarding ramp.

But it was not planned to be this way.

When the Crossrail designs were first drawn up, seven stations along the line were planned to have no lifts and no step-free access: Hanwell in Ealing, Manor Park and Maryland in Newham, Seven Kings in Redbridge, and Iver, Langley and Taplow to the West of London.

Transport for All – our staff team and Board, our members, and the wider community of disabled campaigners – campaigned hard to prevent this from happening. We ran a hugely successful national campaign combining political tactics such as lobbying MPs and bringing an Early Day Motion to Parliament, with strong press and media coverage, and direct action in the form of rallies and protests. Thanks to the efforts of so many campaigners, Transport for All were successful in securing a commitment from the Department for Transport (DfT) and Transport for London (TfL) that all 41 stations would be made step-free, as well as securing £33 million of additional investment to achieve this.

You can read more details about that campaign here.

When the Elizabeth Line finally opens on the 24th May, it is the efforts of these brilliant campaigners that we shall be celebrating and toasting. 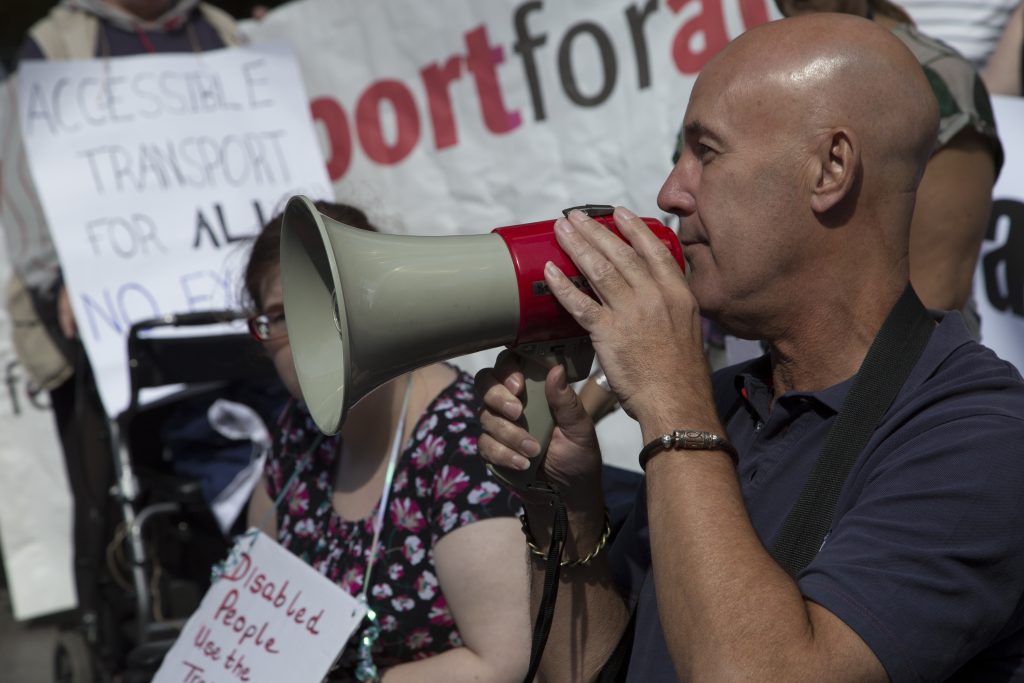 Elizabeth Line: accessible for all?

However, we shall also be reflecting upon the outstanding issues, and the things that have not gone well.

Firstly, we’re disappointed that the step-free works have not concluded at Ilford station prior to the Line opening, meaning that the Elizabeth Line will welcome passengers before all 41 stations are accessible to disabled people. After years of delays, postponed openings and missed deadlines, it is unacceptable that disabled people have to wait an unknown amount of time after launch before having full use of the line, and will certainly make the opening bitter-sweet.

There is also the matter of Level Boarding. Outside of the central London stations and Heathrow, Crossrail will only be step-free from street to platform (I.e., it will not have Level Boarding). This was a massively missed opportunity, which could have seen this key route grant disabled people the ability to travel freely and with independence. Without level boarding, the step-gaps at the platform-train interfaces that must be bridged by manual boarding ramps to allow disabled passengers to board – removing agency, independence, and confidence.

We also understand that there are a number of other areas where accessibility is below the standard we would expect to see in a brand new, £19 billion project. Several customer lifts across the line are small and single-door, requiring some wheelchair users to either reverse in, or out. We are also concerned that in the core stations that are labelled as being step free from street to train, the platform-train interface may not work for some wheelchair users.

Our work doesn’t stop with the launch of the line on 24th May.  We want to hear about your experiences of travelling on Crossrail – get in touch here.  And we’ll continue to campaign for decision makers like TfL to deliver accessibility upgrades across all transport services in England.  You can support our work by becoming a member or donating. 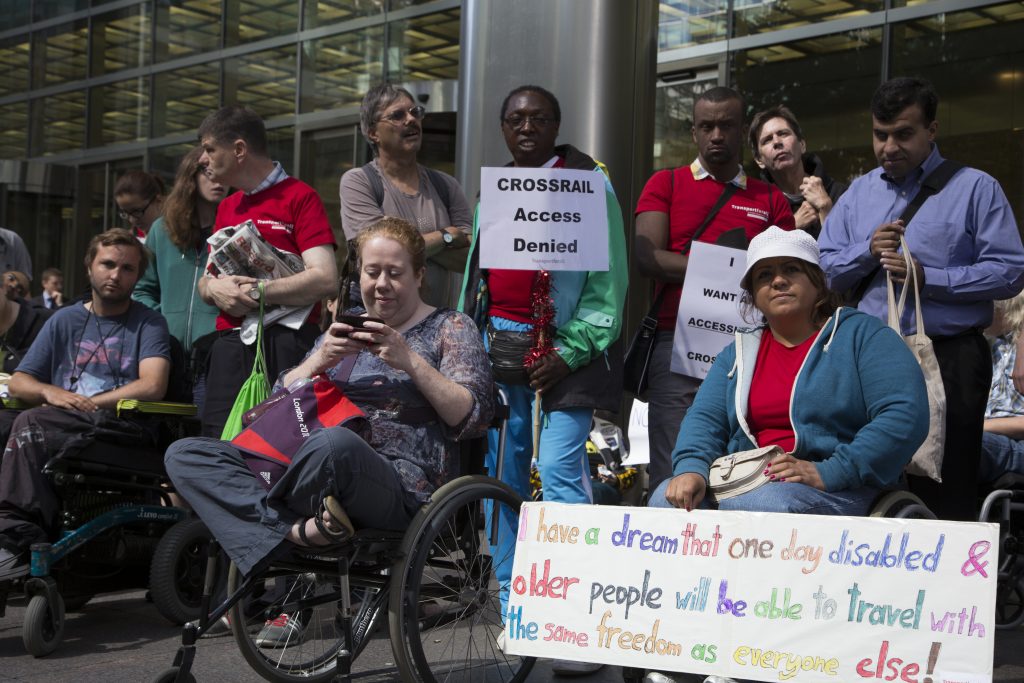 Our plans for the launch of the Elizabeth Line

It is thanks to the efforts of the disabled campaigners a decade ago that the Elizabeth Line will have the degree of accessibility as it does. We want to pay tribute to those campaigners, and celebrate with you – our members – and the wider disabled community. We have several exciting events and activities planned…

1. CEO of Crossrail Mark Wild will be answering your questions at our BGM

We are holding our Biennial General Meeting virtually on Wednesday 18 May 6-7.30pm on zoom. Our BGM is a public meeting where, as a member, you can vote and find out about our work over the last year and plans for the future. Our guest speaker, Mark Wild, the Chief Executive Officer of Crossrail will talk about access and the new Elizabeth line, and it’s a chance for you to ask him any questions you may have. If you haven’t done so already, register now to attend the BGM.

To celebrate the success of our Crossrail campaign, we are throwing a celebration event in London on 30th August – exactly 9 years since our Crossrail campaign rally in Canary Wharf! It will be a chance to meet up and reunite with old members and friends, hear stories from the campaigners involved and hear from some guest speakers. More details to follow – keep an eye on the members newsletter.

To keep up to date and to get involved with these events, join us as a member now (it’s free!)

Donate
PrevPreviousJoin us at our virtual Biennial General Meeting
NextQueen’s Speech 2022: what’s in it for accessible transport?Next