Transport for All’s casework focuses on persisting issues that require a communication strategy and usually involve getting in touch with multiple parties, for example local authorities who issue concessions, transport providers, other Disabled People’s Organisations or legal bodies.

If you think you have a query that requires a solution that cannot be reached immediately, and requires responses by other parties, it is likely that our casework team can help. We can help by:

We actively take on cases which relate to the following:

If you are unsure if your enquiry could be classified as a case, please check the examples of cases below. The following examples are for illustrative purposes only and we condensed them into a shorter format including an outcome for ease.

Simon has ADHD and suffers from panic attacks on public transport. He needs to park as close to his destination as possible so that he can get there safely and without feeling anxious. He applied for a Blue Badge in July 2020 under the new hidden disability criteria, which introduced automatic Blue Badge eligibility for people with invisible impairments. Simon’s application was refused. Simon contacted Transport for All to help appeal his decision. We helped Simon obtain further supporting evidence for his application and provided a Transport for All support letter outlining the importance of the Blue Badge and what it means for Simon’s independence. Simon sent this evidence alongside letters from his GP and psychiatrist. After some back-and-forth communication with the authorities, Simon was issued a Blue Badge.

Gaby is a wheelchair user. She was traveling on a train within London. As she was boarding the train, the doors closed unexpectedly and damaged her chair. Gaby was in shock and wanted to exit the train immediately, but it started moving. The next station was not accessible, so she could not exit then. She left the train at the next accessible station feeling extremely anxious and called a taxi home. Gaby got in touch with the train company and explained her situation 2 weeks later. They apologized for what happened but let her know that there isn’t anything they can do as she did not report the incident immediately. Gaby asked for compensation for the damage done to her chair, which was 700GBP, as well as financial compensation for the traumatic experience. The train company did not return her calls. She got in touch with Transport for All’s casework team. We communicated with the train company on Gaby’s behalf, but we were also told that there isn’t anything they can do. Transport for All contacted the Rail Ombudsman on Gaby’s behalf for further investigation and CCTV review. After the Rail Ombudsman reviewed Gaby’s case, they helped Gaby claim £2000 in compensation for the incident.

If you think you may have experienced Hate Crime on transport, please head over to our Hate Crime page for the appropriate signposting information.

If you think that your enquiry can be answered immediately and doesn’t require longer-term contact with Transport for All, please visit see our Enquiries page. 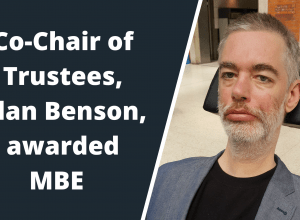 Co-Chair of Trustees, Alan Benson, is awarded MBE for services to Public Transport for Disabled People